Beard Farming : It's the New Black 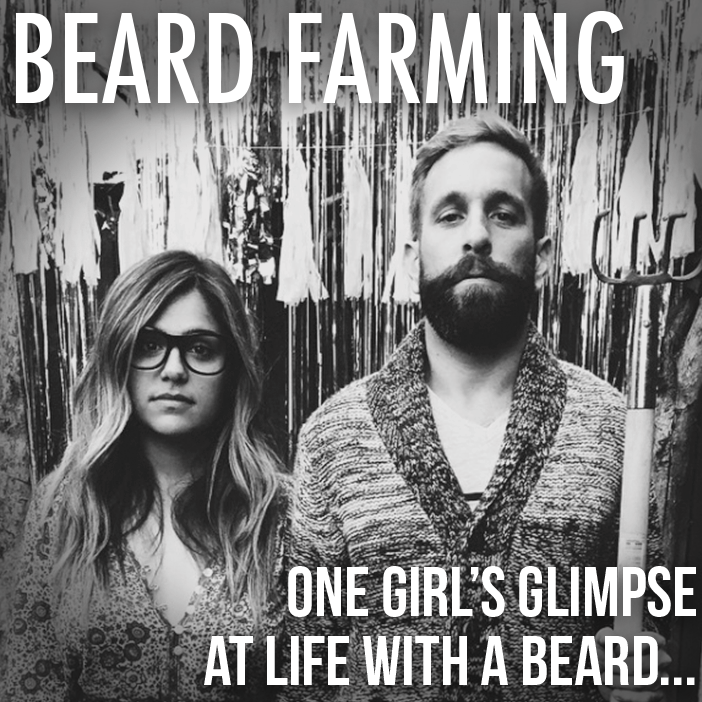 Beard Diaries: Here is a glimpse into the world of living with a beard, may it make you smile, give you a little hope (or a few coping mechanisms) for the long lasting trend that is “The Beard”

Around these parts, November means Movember, and anyone who has a facial hair growing boyfriend, fiance, husband, or friend will understand - If you’ve ever found a beard hair in your breakfast, you KNOW my pain! Our furry little friends will be getting furrier, and as their hair grows - so will our patience - I’ll be investing in a Dyson this year, I suggest you do too! 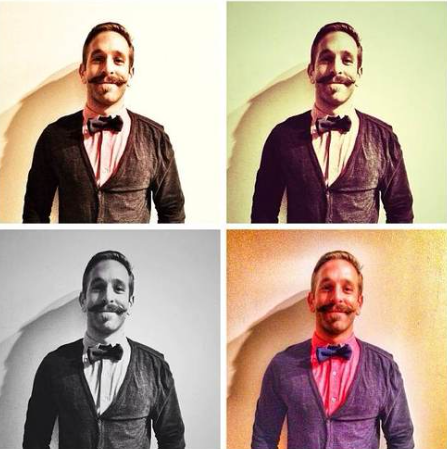 Me and my future hubby start dating - he has a hideous mustache… shh don’t tell him I said that. His ‘stache actually gets him free drinks in bars, go figure… I never get free drinks anymore. (pppff)

4 days later…. He asked me what I thought of his ‘stache, I told him “I don’t hate it...”  he shaved it immediately, I even let him borrow my clippers ;). Everyone is on good behavior in the beginning of a relationship…

Between then and summer he shaves occasionally, his 5 o’clock shadow is more like a Noon awakening, but I like the scruff. I tell my him that I actually love the way he looks with some scruff. Who doesn’t love a little scruff, right? It’s rugged yet sexy and can even make Zac Efron look more manly. I’m more of a Gosling Girl…mmm Ryan Gosling with sscruff…Ryan Gosling with a beard… Ryan Gosling……………….I bet he could pull off a 'stache too.

He decides to take the “scruff concept” and run full force. He participates in Movember, which I support, it is a great cause after all, and I can deal with some extra facial hair for a month.

Little did I know…

November is over and the beard is here to stay, It is cold out and it goes with his sweater - I guess I’ll let him keep it for a little while. We also happened to get engaged! Beard is still going strong, and by strong I mean no light penetrates his beard… his mom questions my taste in men. 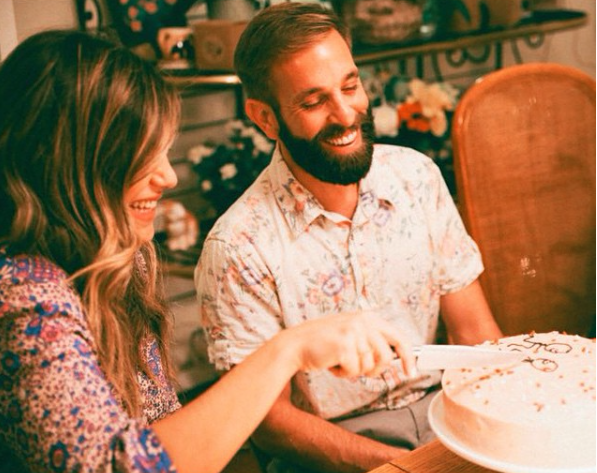 The beard farming continues, but luckily he trims it (about every other week) if he didn’t he would look like he was auditioning for Castaway 2. I’ve attempted trimming it a few times (hey, I’m a stylist after all…) I’ve decided to leave that to a different professional. I can give him a haircut but that beard is a DIFFERENT story!

It’s summer time I constantly ask if the beard is making his face hot, in an attempt to get him to concede. He almost shaved but was in his buddy's wedding and the beard was asked to make an appearance down the aisle…The beard is now making appearances, maybe I should get it signed to an agency.

At least I don’t need to buy as much sunscreen; his beard is like blackout curtains, there’s definitely a vitamin D deficiency forming. He’s a surfer and he’s out in the water a lot so I’m curious what kind of tan line I’ll be dealing with once (...if) he shaves…

The beard has now become its own entity - it’s an “it”, and it is definitely the third wheel in our relationship.

Yes, I am a girl and my hair sheds, but let's be honest, beard hairs look like something I spent thousands of dollars on laser treatments trying to rid! Imagine finding those all over the house, in your sink when you go to brush your teeth in the morning, on the counter next to where you’re cutting your fruit, on your keyboard, in my mouth… (I just heard screeching halts, you too?)

I’ve given up, it’s almost been a year - I might as well just let him keep it another few months. Plus I’ve started using it as leverage. “If you keep the beard… can we get a puppy?” I am SOOO close to getting a puppy :)

The beard get’s so much ‘man cred’ it is ridiculous - every guy we cross on the street gives him a nod. Bruce Willis even gave him a nod once (he was filming a movie on our block) - I think Bruce was just jealous. Oh, and did I mention - Chris the founder of “The Dollar Beard Club” called him out in passing: “That’s one (bleep) good looking beard!” 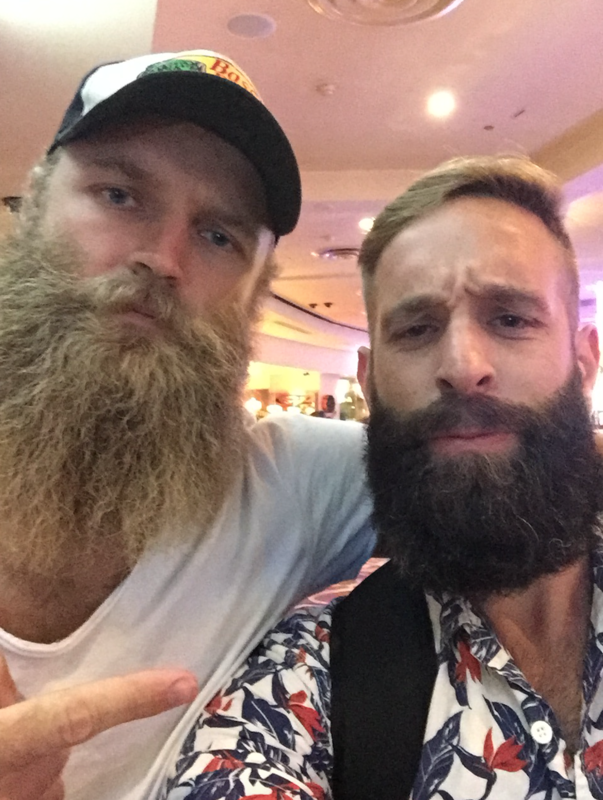 We are almost to November which means the countdown is ON! I’m thinking of having a shaving party for him, although let's face it - 3 weeks of not shaving and he’ll be back to Beard-ome.

A few tips to deal with a beard: 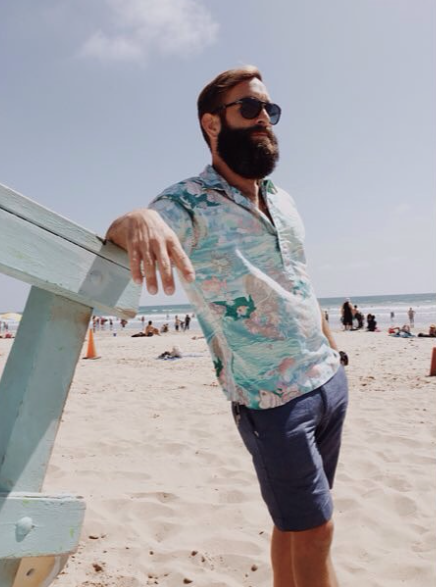 On the next episode of Beard Diaries: Living with a Beard, I take him in for a hair cut and beard shaping by a professional - he finally looks a little less Duck Dynasty and a little more beard model. 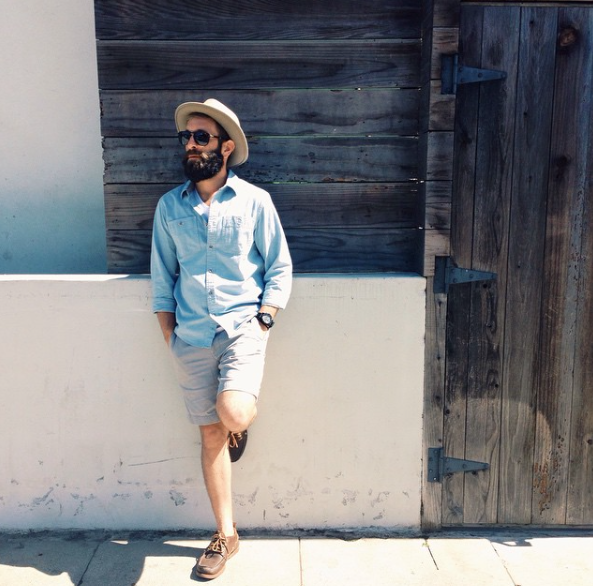 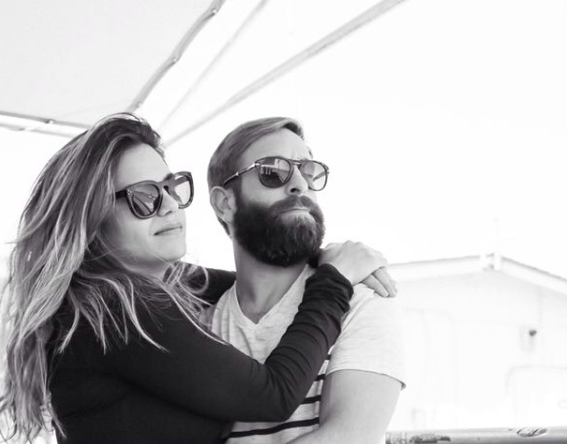 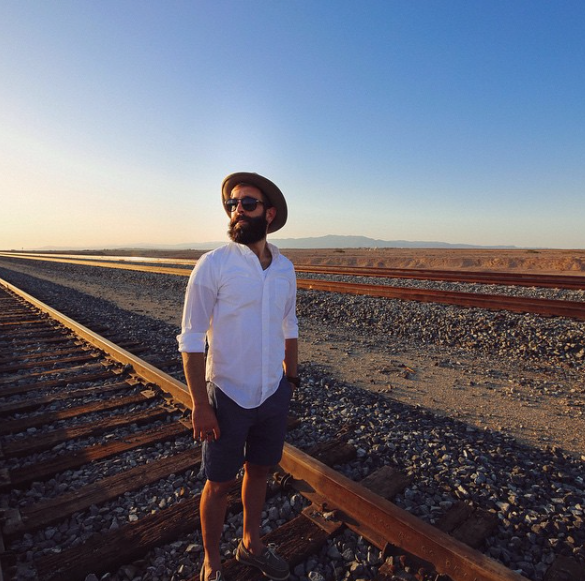 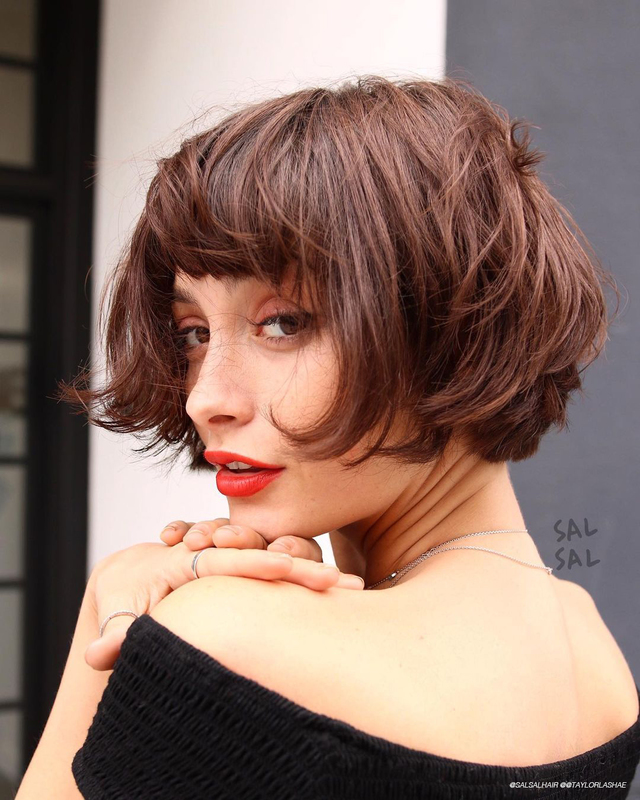 Pairing together a classic bob with an edgy fringe creates one iconic cut — the fringed bob. We’ve seen both trends rise in popularity over the past few seas... 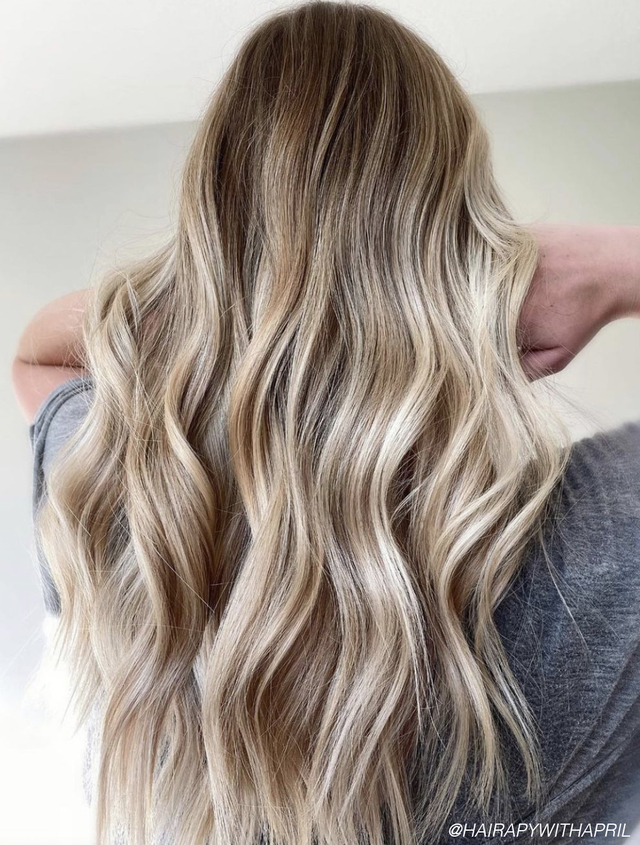 4 Reasons Why Your Hair Isn’t Growing

On average, a person’s hair grows at a rate of about ½ an inch every month. However, everything from what you eat, to the products you use, to hormones and e... 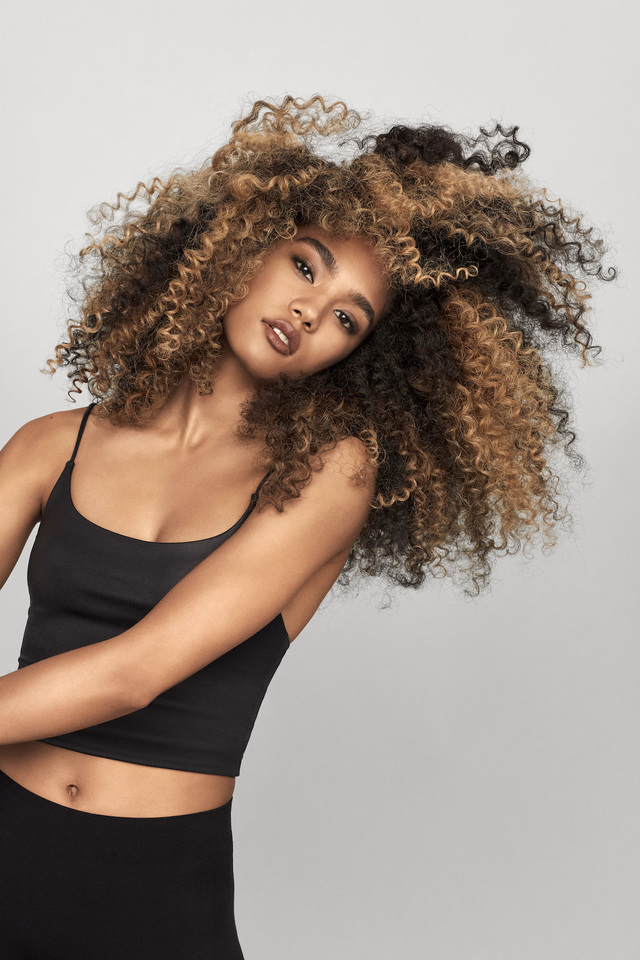 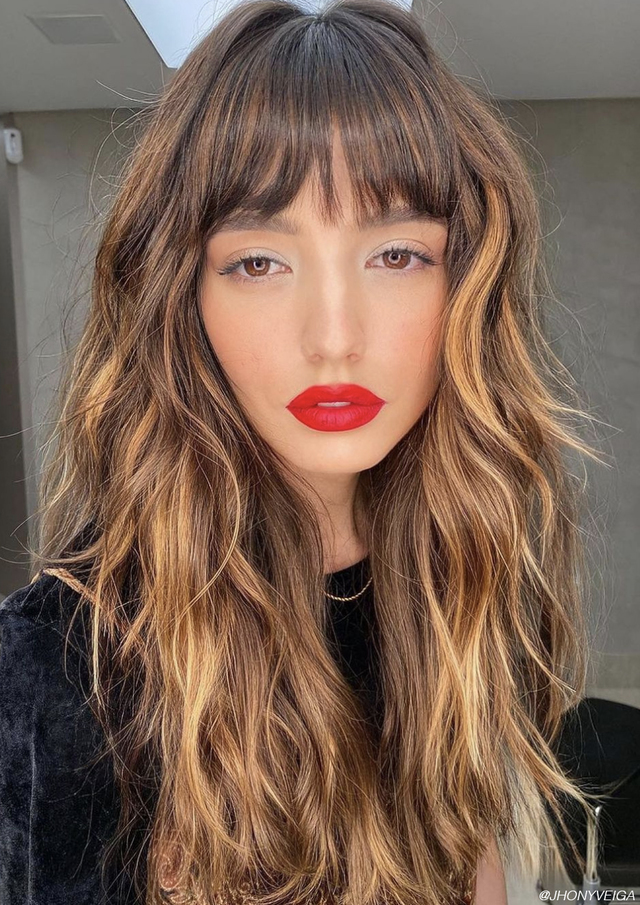 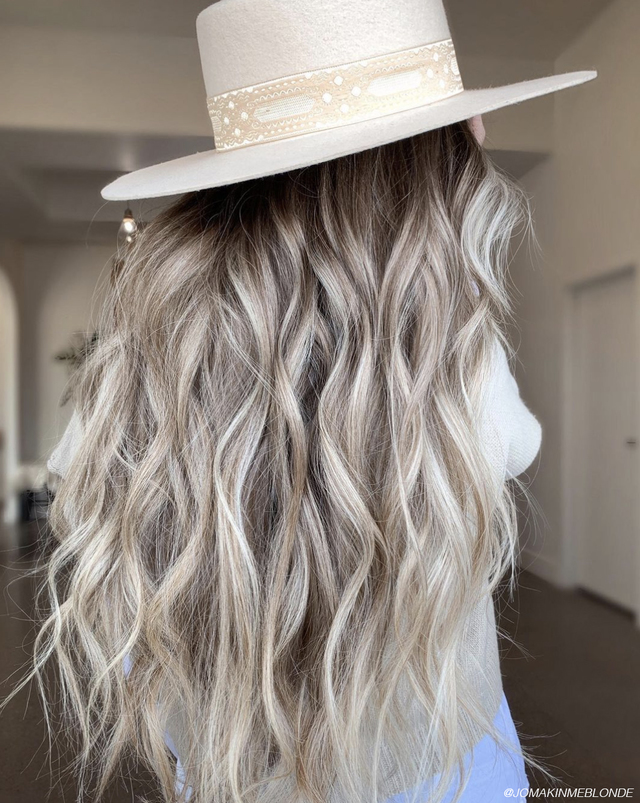 How To Make Blonde Hair Brighter