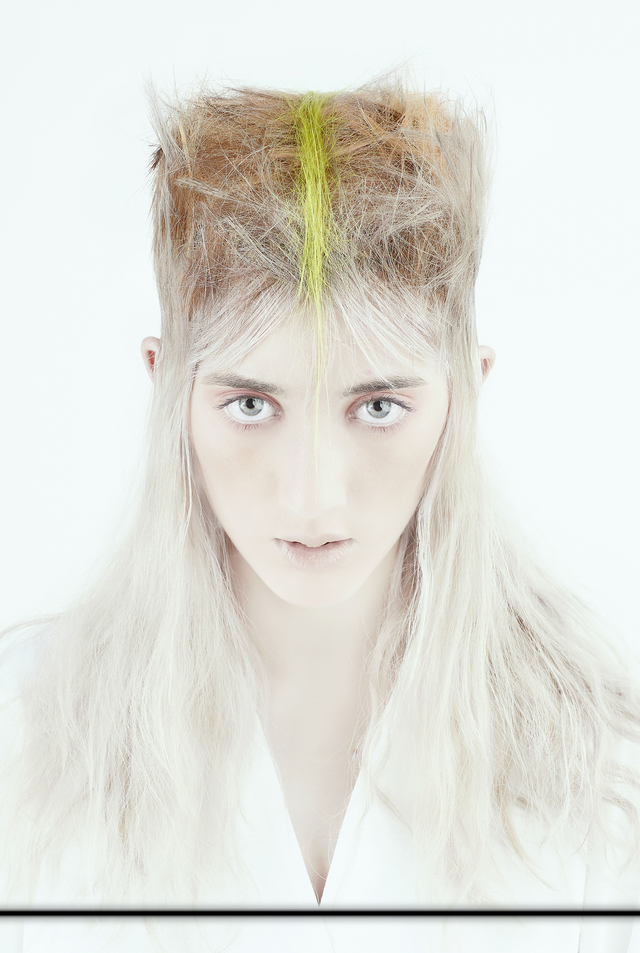 ES · Salon
Carles Sánchez and Sonia Neri García founded PELSYNERA in 2002 in the Catalan town Arenys de Mar (Barcelona). A creative hair salon focused on finding and enhancing the beauty, image and personal style of each client. A space where creativity and inspiration, together with dedication and vocational passion, allow its founders to develop their diverse artistic interests and projects. Carles and Sonia, natives of Arenys, inherited their gift and the art of hairdressing from their own families, experiencing the trade and its quirks close up. Quoting from Carles’s own words, “the hairdressing basins and helmet dryers decorated the dining room of my grandmother’s house…my father, a true barber, was the first to put scissors in my hands…there, I listened to the clients’ stories…there I trained at a professional and personal level. It left a lasting impression on my character which is still visible today.” Both opted to train professionally in hairdressing, continuing their studies at the Academy L’Art Antart Perruqueria and the Hipertin school, before finishing their formative journey through a series of courses with Vidal Sassoon, Trevor Sorbie, Tony & Guy, Rita Rusk and Tigi taking in Italy, London and New York along the way. Carles Sánchez continued his professional development at the Perruqueria Jesús to later become part of F. Grupo Creativo, and he continued there until the year PELSYNERA was founded. As a result of their dedication as trainers, Carles and Sonia present multiple courses, shows and ateliers for professionals in the sector. Between 1998 and 2000, in collaboration with the firm Kin Cosmetics, they offered cutting and colour courses for professionals in various Spanish cities. Later, they contributed their knowledge as hair extension teachers to Big Formes, carried out colour studio workshops with Wella and shows for the company Hypertin. Among other projects and experiences, the founders of PELSYNERA have collaborated with the producer Caimán La Bèstia Marró, at the Stylist Night parade at the Razzmatazz Hall (Barcelona), at the MTV party held at the Shôko Nightclub (BCN) and a photo shoot with the model Bernie Dexter, a pin-up icon in the USA, for a fashion catalogue. During 2009-2012, they worked as coolhunters (trend hunters) for Salerm Cosmetics, a Spanish family company, and a leader in the creation, production and distribution of products for hair cosmetics. They have given shows before hundreds of professionals in Costa Rica, Mexico, Dominican Republic, Miami, New York, Milan, Seville, Burgos, Zaragoza, Madrid, Bilbao, Barcelona and Valencia among others. In 2010 they held shows at the Hair Fashion catwalk during the Cosmobelleza event and at the BSG World Brazil, where they also held seminars. PELSYNERA was a finalist at the Figaro 2018 Awards in two categories: Spanish Hairdresser of the Year (Carles Sánchez) and Revelation Hairdresser (Sergio Molina). In the end, they walked away with the Figaro for the Catwalk category, for which the staging of the total look is valued: hairdressing, make-up, styling, etc. PELSYNERA is credited as an innovative and creative team of stylists, an international benchmark and as a recognised generational relay of the great masters from the world of styling. Awards and nominations: 2007: National Trend Vision Awards. 2008: Despuntan Award. 2008-2009: AIPP Best Video. "Conjuro" Collection. 2010: Figaro Spanish Hairdresser of the Year - "Armature" collection. 2012: Fígaro Vanguardia and Fígaro Pasarela - "Embajada" collection. 2015: Fígaro Comercial Femenina - "La Comunidad" collection. 2016: Second prize at the European Photographer of the Year Awards, portrait category. 2018: Finalists at the Fígaro Spanish Hairdresser of the Year Awards (Carles Sánchez) and Revelation Hairdresser (Sergio Molina). Winner Figaro Catwalk with the collection "Punto de Mira" 2019: Finalist Male Commercial category at the ABS Global Image Awards (Chicago) Press and collections: PELSYNERA has featured in several publications and its collections mentioned in the specialised press of the hairdressing and styling sector; among others: C&C Magazine, Headdress, Hairdressers, Fashionable Hair, Perfect Hair. Hair, New Look Hair, Fusion, Coiffure Professionelle, Hair’s How, Penteados and The Morgan, to name a few…being featured on the front cover no less than 29 times