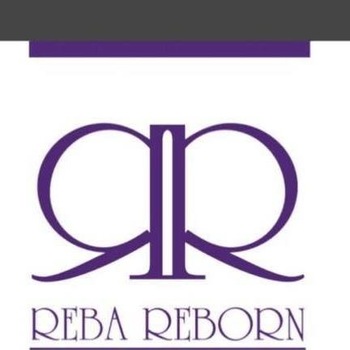 IE · Salon
We want to create the kind of salon experience you get in town, but in Dublin 15,” says Orla Deering, owner of Reba Reborn. “Locals built us, and we want to give something back. They don’t want to go into town, so we are bringing town to them.” Reba Reborn is one of the two salons that Orla owns with her husband, John Deering. Childhood sweethearts, they opened their first Reba salon in Ongar village a decade ago, followed by a second in Rathborne. The original Reba salon in Ongar had a total makeover last winter and became Reba Reborn, a 2,500sq ft salon and spa, where Orla’s eye for detail and ability to deliver diamond-standard service is key to everything. “We had always been graded as a five-star salon, like any of the best salons in town,” she says, “but we needed to look like one.” They turned the spacious salon into a modern, chic space and put five treatment rooms at the back. These include a two-chair pedi room, where the seats fully recline so that clients can enjoy a half-hour head massage while having their feet done. The spray-tanning room is clearly something Orla is proud of: “Some spray-tan rooms are basically just a shower,” she says, “but ours is this round room with LED lights and heaters and funky tiles. It’s a cool place to get a tan.” Keeping the customer happy is at the heart of what Reba do. They encourage customer feedback and, crucially, they act on it. “We email every customer for their feedback,” Orla explains, “and that feedback comes to my phone, John’s phone and the five salon computers. If a customer gives anything lower than a five-star rating, we contact them right away to find out what went wrong. Then, every month, we put up all the feedback on the office wall and go through it with the staff.” One of Orla’s greatest sources of pride at Reba is that most of the staff have been with them from the start. They have stayed and, if their 19,000-strong customer database is anything to go by, the customers stay too. Both Reba salons have always had a loyalty card, but when Reba Reborn was launched, they tweaked it to a “treat” card. “People were using it for the bog-standard stuff,” says Orla, “instead of something special. So now you can have your two-week manicure on it, or a massage, or the Reborn Treatment, which is a blow-dry plus a head massage.” “These days, people come from all over to us, but we are still all about keeping it local,” Orla says. “We want people to know that you don’t have to leave the outskirts of the city for good salon service; you don’t have to go to town if you don’t want to. We’re committed to Dublin 15. Even our coffee bar, Java Republic is local.” Local doesn’t mean small, though, and as Orla prepares to launch the Reba app, and begins the revamping of her Rathborne salon into a second Reba Reborn, she’s thinking big. “It took a long time to get here and it was a struggle through the recession,” Orla says, “but nothing is going to stop us now. I believe we can do bigger and better and Reba Reborn is the start of that.” Reba Reborn, Main St, Ongar, Dublin 15, tel: (01) 861-4830, Reba Rathborne The Village Centre Dublin 15 see rebahairandbeauty.ie, email rebaongar@gmail.com, or see facebook for Reba